Some employers willingly violate the Fair Labor Standards Act (FLSA) or the Colorado Wage Claim Act in order to take advantage of their employees.  The tactics of these unscrupulous employers vary, from misclassifying employees as exempt to just plain refusing to pay overtime or earned wages.  The bottom line is that these employers cheat employees out of the money they’re owed and they do it because they believe they can get away with it.  So even though employers are required to follow applicable federal and state employment laws, some of them don’t because they hope that they won’t get caught.  If you have grounds to make a claim for wages under the FLSA  or the Colorado Wage Act, then by making a claim you can help ensure that Colorado-based employers will be held accountable when they attempt to avoid complying with labor and employment laws.  It takes courage and commitment to make a claim.

Non-exempt employees must usually be paid overtime in an amount equal to one and a half times their base hourly rate for any hours worked over 40 in a week.  There are a few exceptions to this rule.  Under the FLSA, if an employer refuses to pay overtime they can be sued for unpaid compensation and penalties. Moreover, under the FLSA it is illegal for an employer to retaliate against an employee for invoking their legal rights.  The Colorado Wage Claim Act offers similar protections for Colorado-based employees.
Typically if an employee makes a claim for unpaid overtime, the employer will argue that the job was exempt and therefore, ineligible for overtime compensation. This is a common defense tactic due to the wide array of exempt jobs, including executives, certain managers, professionals, outside sales, etc. The Department of Labor Wage and Hour Division (dol.gov.whd) website offers good information on common exemptions.

An at-will employment state, Colorado follows the legal doctrine that neither an employer nor employee, absent a contact, is required to give advance notice of resignation or termination. Additionally, neither an employer nor an employee is required to state a reason for employment separation. Regardless, there are certain exceptions to the at-will doctrine, such as illegal discrimination, retaliation, Family Medical Leave, and breach of contract.  In other words, wrongful termination occurs when the employer violates the law by terminating an employee.

Termination due to discrimination, based on race, color, sex, age, religion, sexual orientation, national origin, disability, receipt of public assistance, or ancestry, is illegal. Both the Colorado Anti-Discrimination Act (CADA) and federal anti-discrimination laws bar employers from discriminating against employees. If there is proof of discrimination, an employer can be held liable.  In most instances the employee needs proof that the employer intentionally took an adverse employment action based on discriminatory animus.

Harassment is often experienced by specific protected classes of people. Protected classes include color, religion, sexual orientation, pregnancy, marital status, national origin, gender, race, disability, or age.  Obvious examples of illegal harassment include derogatory comments, expressions of prejudice, racial slurs, sexist comments, or verbal abuse.
The most common form of harassment is sexual harassment. This type of harassment consists of unwanted touching, unwanted exposure, unwelcome sexual advances, unwanted sexual discussion or conduct, and various other conduct of a sexual nature. Whether perpetrated or unacknowledged, sexual harassment is illegal under a variety of laws and an employer can be held liable for these behaviors.

Some forms of employment begin with a contract. If a contract is signed at the beginning of employment it may include language that restricts at-will employment. If a contract states that an employer must employ a worker for a certain amount of time, they may only be able to terminate the worker for cause. If there is proof of an oral or written contract, including pre-employment statements, an employer may be liable for any termination made without a valid reason.

Under the Family and Medical Leave Act (FMLA), a qualifying employee is entitled to 12 weeks of job-protected leave. Whether birth, adoption, or foster care, FMLA exists to protect and reinforce the importance of spending time with a new child. To qualify for leave under FMLA, an employee must have worked for their employer for more than 12 months, for at least 1,250 hours during the previous 12 months prior to leaving, and their employer must have at least 50 employees.

Additionally, an employee who invokes the FMLA is entitled to the position, or a similar position, they held before taking the leave. FMLA protects employees against discrimination or retaliation for invoking their rights under the law. An employer cannot use an FMLA-qualified leave as a negative factor or cause for any employment determinations, termination, or layoff.

Colorado and federal law protect employees from unlawful actions. Various federal and state laws explicitly prohibit certain employer behaviors.  If you believe your employer has violated your rights, contact us today for a case evaluation.

Before Meeting With Gregory

“Mr. Gregory A. Hall represented me for over ten years in a complex matter against the Office of Federal Workers Compensation. Throughout the entire OWCP compensation claim and appeals process, Mr. Hall consistently demonstrated his extraordinary competence, energy and compassion for my case. I am an attorney who was fortunate to become Greg’s client; his efforts on my behalf have exceeded my expectations and I highly recommend him.”
 5/5

Years of experience and success 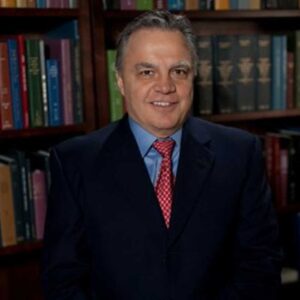 Gregory A. Hall serves Denver and the state of Colorado

Serving Denver and the state of Colorado